All five calves had to return to UC Davis’ Veterinary Hospital for a two week stay with specialized antibiotics and diagnostic care. The calves have an illness that they acquired at the dairy farm or “rescue” that bought them that leaves them unable to be around other cows (unless they too have the disease). We are now left with crafting a set-up for these five calves that will give them the space, freedom, and socialization they need without exposing other cows to them (and we have three other herds).

Right now, your gift will be doubled if you donate to the Rescue Medical Fund, which is what we will use to provide the lifelong care these calves deserve.

Twelve calves bought from a dairy farm by a local activist were transported to a southern California “rescue” that deprived these calves of veterinary care for a week. One died. Another was euthanized by the vet. A third died later.

Animal Place planned on rescuing three. Our adoption manager Kelcie arrived October 8th and discovered a distressing scene. The calves were covered in their own feces. Their stall had clearly not been cleaned. All of the calves were in some degree of respiratory distress. They were only being fed twice a day, when they should have received feedings every 3-4 hours.

One calf was at death’s door. We provided pain relief, but before we could rush him to a vet, he died in Kelcie’s arms.

We determined it was kinder and safer to transport the calves 10 hours to UC Davis than it was to leave them to die in their own filth. 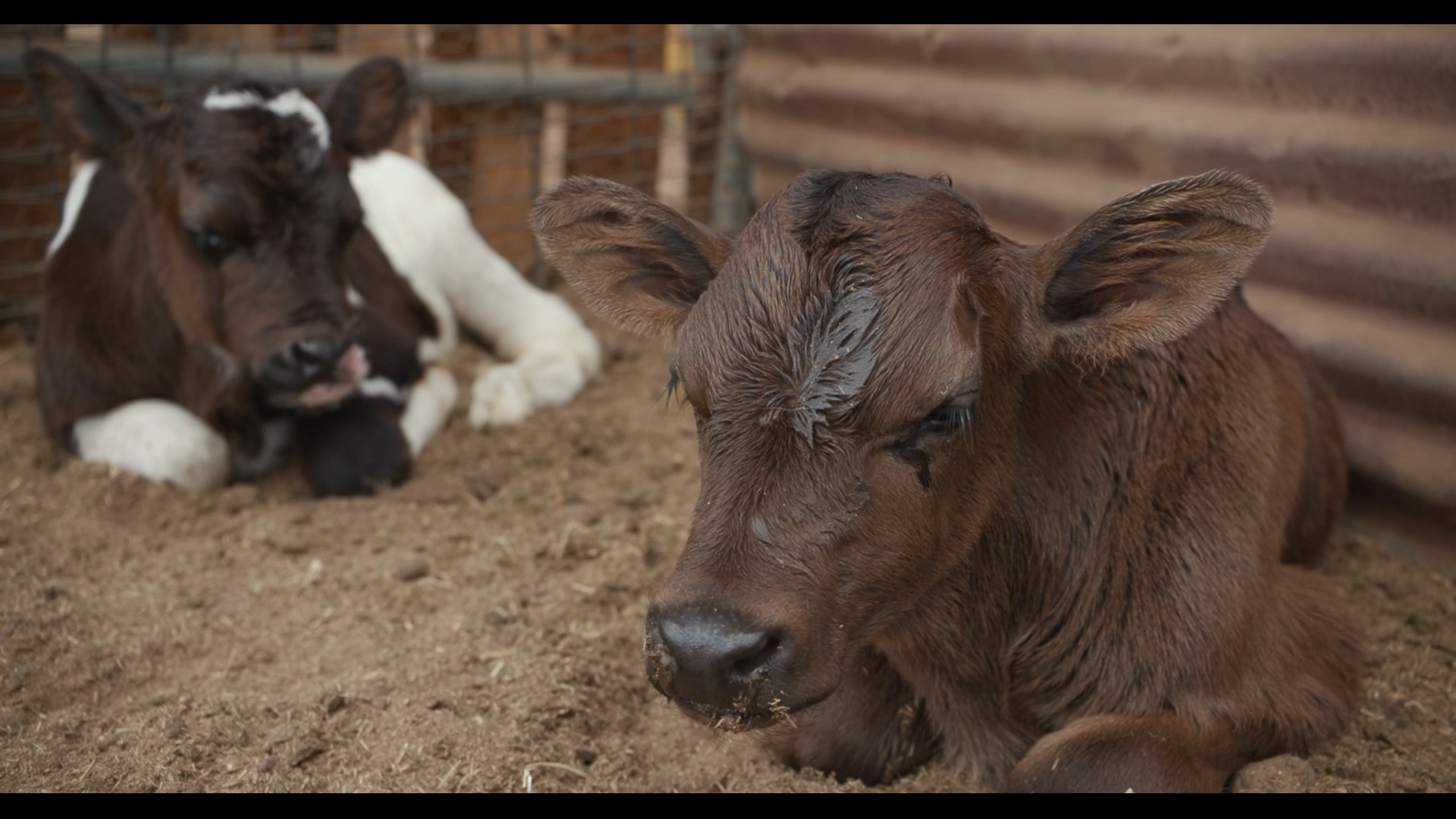 One calf had gone septic and had to be euthanized.

The calves immediately received IV fluids and electrolytes for their diarrhea. X-rays revealed all had pneumonia. Further tests showed the calves had untreated Salmonella, E. coli, cryptosporidia (parasite), and corona virus (respiratory). It was miraculous they have survived this long.

Now these calves need your help. We don’t know how many will survive, but with your support, we will provide them with the appropriate and compassionate care they need. To date, we have spent $10,000 and expect that amount to rise.

All of this is happening while we are evacuating one of our shelters from a massive wildfire, putting our Grass Valley sanctuary over capacity.